Famous dishes around the world: Part 2 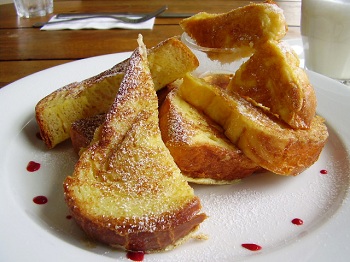 If you read the last article that was published on this blog, I bet you we’re excited about this week’s publication. We’re you surprised to see what people like to prepare on their cutting boards, cook and serve to their friends and family? I for one was surprised to see what can be considered a delicacy in some countries. But, to each’s own right? So here we go with part two of our famous dishes around the world articles.

Tacos, Mexico
When you’re talking tacos from Mexico, you’re talking about beef served in a soft tortilla with some salsa, guacamole and any other fixings you want to throw in there. Crunchy taco shells do not exist in Mexico at all. They were invented by Americans, so don’t expect to find them when you go south of the border.

Stinky tofu, Southeast Asia
Why would anyone consider something that has the word “stinky” in it a delicacy? Well, they do in Asia. The stench of stinky tofu might knock you off your heels but apparently, suffering through it is worth it because the flavor of this dish is unlike anything that will ever have the chance to grace your pallet.

French toast, Hong Kong
Now you think that French toast from France would be the dish to make this list. Think again, the French toast in Hong Kong sounds to die for and it’s filled with so many calories that you might just die from eating too much of it. In Hong Kong, people slice some bread on their cutting boards, smother the slices in peanut butter or jam, soak them in egg batter, fry them with lots and lots of butter and top it all off with, you guessed it, more butter and a ton of syrup. Just eating one will keep your blood sugar levels through the roof for the entire day.

Ankimo, Japan
Try to get your hands on this dish while you still can. Ankimo is the liver of a monkfish and it is considered to be the best piece of sushi you can eat while visiting the land of the rising sun. However, because commercial fishing for the monkfish has become so widespread, the species is threatened and ankimo just might become illegal in years to come, so try it while you can.

Parma ham, Italy
You probably have seen or even tasted Parma ham before without knowing what it was. Parma ham is those little slices of ham you see wrapped around melons in many hors-d’oeuvre plates around the world. This air dried ham enhances the flavor of almost any kind of food and it is a salty slice of heaven in your mouth.

That’s all for now, but there are so many dishes we have not talked about that we just might return with another article covering the world’s most famous dishes! Stay tuned until then!